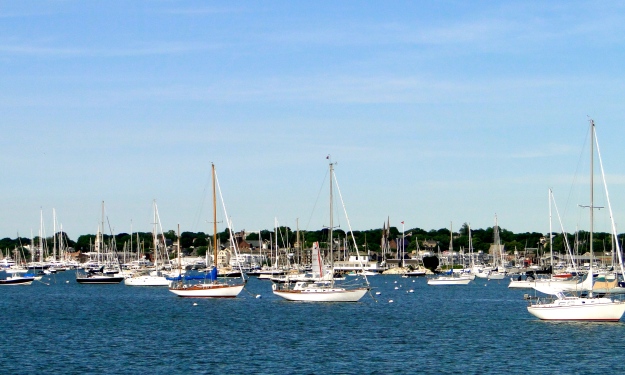 We made our way through back roads and over two huge bridges from Connecticut to Newport, Rhode Island and arrived at the Paradise RV Park in Middleton. The park was well kept, level, but its best asset was that it was only 3 miles from downtown Newport. No frills though, we were basically camping in someone’s backyard. We got set up, after a delay from the long-winded manager, and headed to town for the afternoon. Town was busy in the middle of tourist season, a Saturday afternoon that had everyone in the area out and enjoying the 75-degree day. We made our way up and down the main street and around the marina, finally ending up at a local restaurant/bar to watch some late afternoon World Cup games. Afterwards, we walked down the road and found a nice little semi-outdoor bar, and bellied up for some vino. We chatted with two other couples in the bar, and had a lot of fun with them and the staff. We decided to head home for some sleep, not before a quick slice of pizza at a small little joint before the 3-mile drive home. 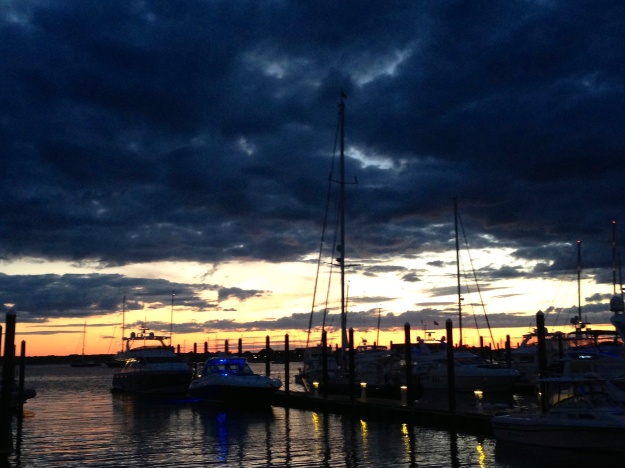 Gorgeous sunset on our first night in Newport 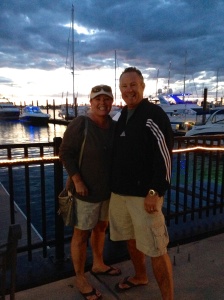 Sunday we relaxed early and then headed back to town, this time we were headed for the Cliff Walk. The southeastern shoreline of Newport is famous for its mansions. These places are massive private homes built along the coastline, some of which are open to tour. Along the waterline, is a 4-5 mile long walkway that gives you great views of the backside of these mansions, as well as the dramatic coastline. We started out on the southern portion, making our way south to the tip. Then retraced our steps back to the middle portion of the walk, before returning to the car after some 6 miles along the trail. Many areas along the walk were being repaired, again hurricane Sandy had done her damage here as well, so there were some areas that needed a little more technical attention, walking across exposed ocean worn rockery. We headed back to the MoHo and started to get ready for the U.S. soccer match vs. Portugal. What a letdown, allowing the late goal to tie, but at least we got a point and still have a good chance to move on to the second round, but that win would have put the U.S. through, darn it! 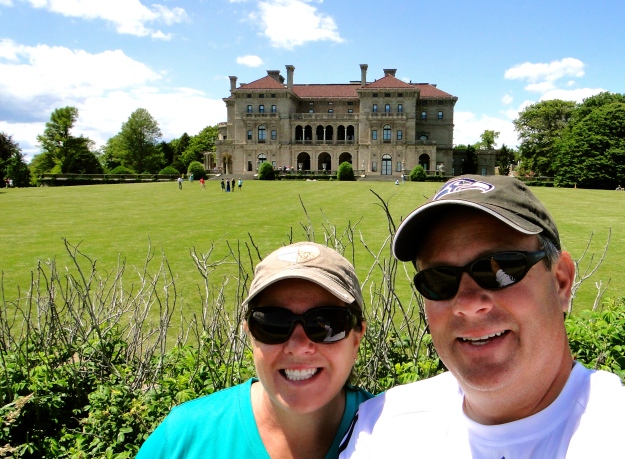 The Breakers, built by the Vanderbilt family in 1895 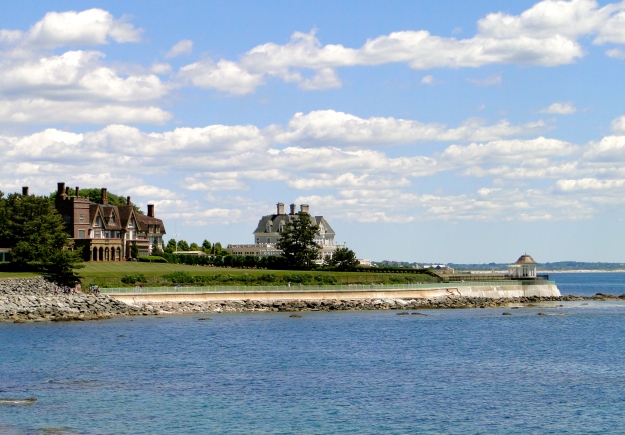 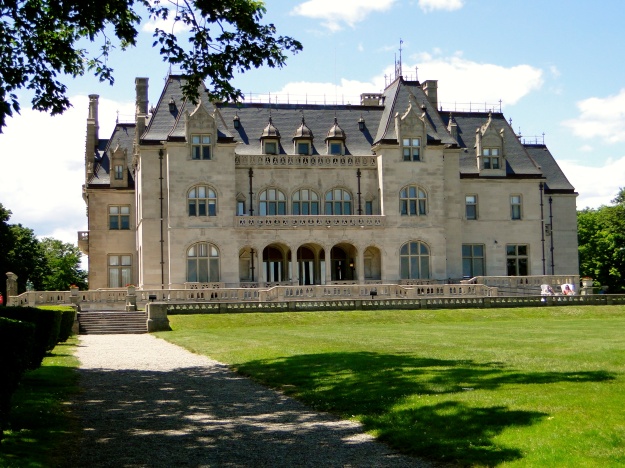 Monday we decided to take a harbor tour via boat, choosing the former lobster boat turned tour boat, Gansett. The captain made his way through the harbor, with another crewmember giving us details and info about the area, the boats that were moored, and a wonderful history of Newport. Again there were a ton of the massive mansions along the coast, and with all the yacht’s and mega yacht’s, it is a very wealthy place to see. It was a perfect day to be out on the water and what better way to see the area that is so heavily influenced by boating than from the water?! The America’s Cup used to be hosted in Newport, so we learned a lot about that too. We grabbed some dinner on the way home and made it an early night. 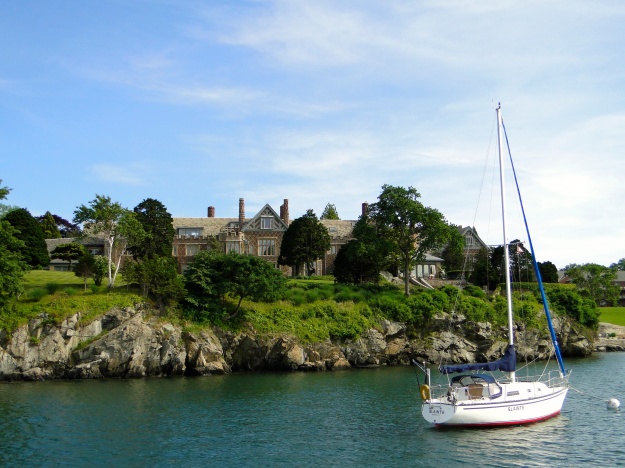 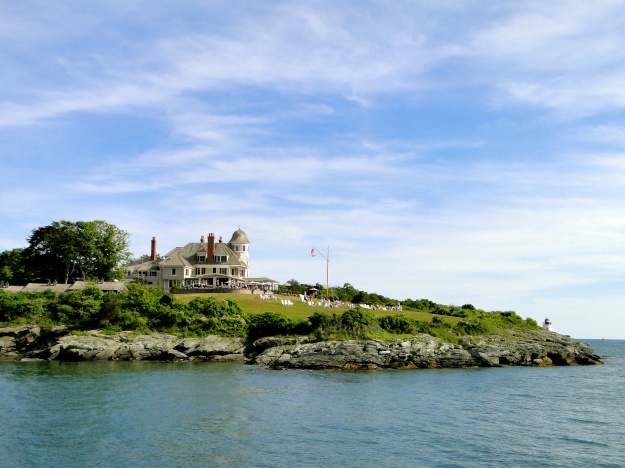 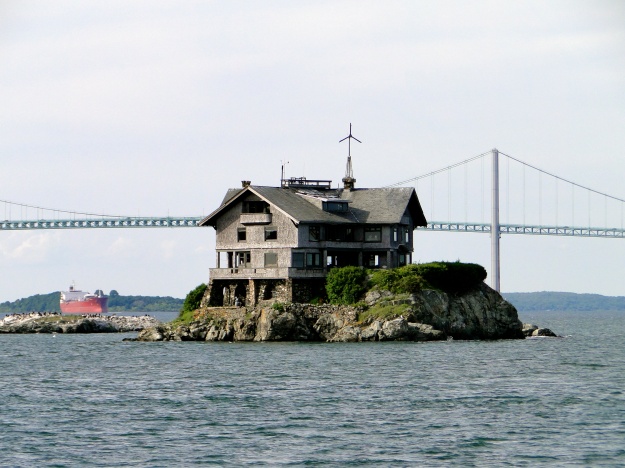 A house on a private island right in Newport Bay 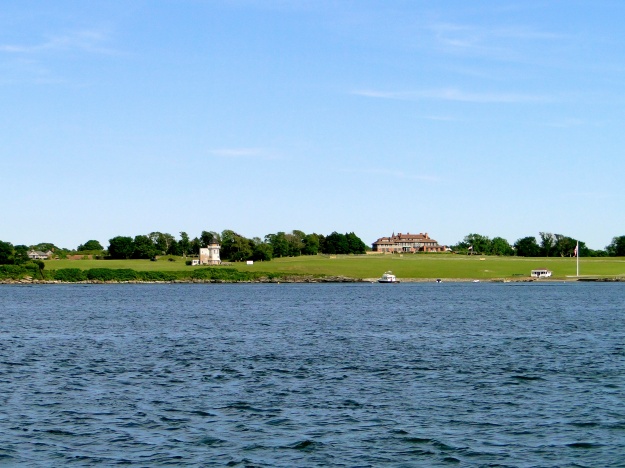 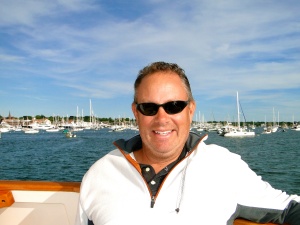 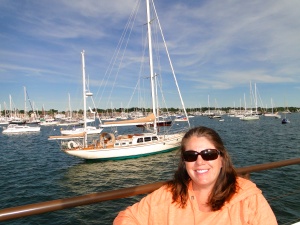 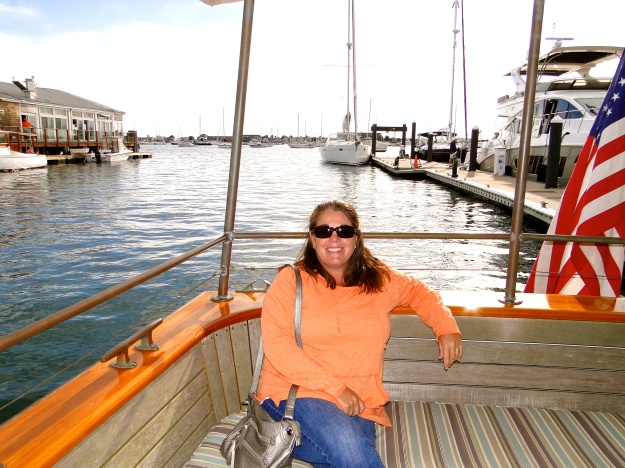 Traci relaxing on the back of the Gansett

Our last full day in Newport, we got some errands completed. We headed about 35 miles north to hit the local Camping World, needing to get some bike covers (when we drive the bikes collect a ton of road dust off the back of the MoHo, not good). We then made a couple more stops while out, and returned to the MoHo for some itinerary planning and dinner. 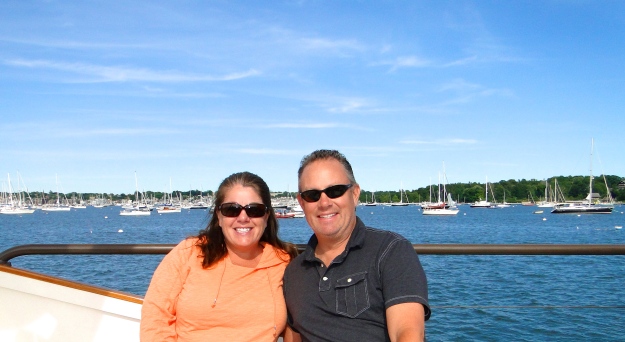 This was a great stop for us. Traci had been here before while on a cruise with her mom and I remember her telling me how much I would have loved it (she was right!)  She was only here for a day, but being here longer, we were able to settle into the lifestyle a bit more and just take in the atmosphere of this small coastal town. We are off to Cape Cod tomorrow.