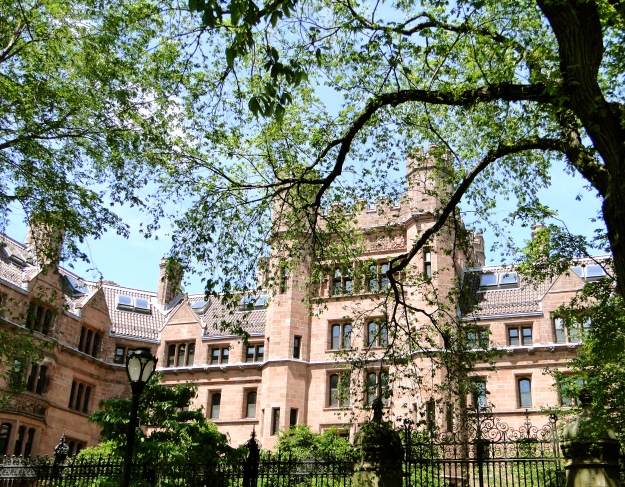 The drive from Jersey City through New York was an interesting one full of busy streets, lots of construction, potholes o’plenty, aggressive drivers and expensive toll roads. My stress level was a bit high, but Mike was steady-Eddie as usual. Once we were into Connecticut, it was much calmer. When planning this stop, we weren’t really sure where the best place to stay. We ended up at the Aces High RV Park in East Lyme in the SE area of the state, which was about an hour east of New Haven and an hour south of Hartford. CT is a pretty small state, only about 120 miles wide and 90 miles tall, so all very accessible. We arrived at the park around 1pm and decided to just stay put, do some much needed laundry and watch the US beat Ghana in their first World Cup match. Woo Hoo! 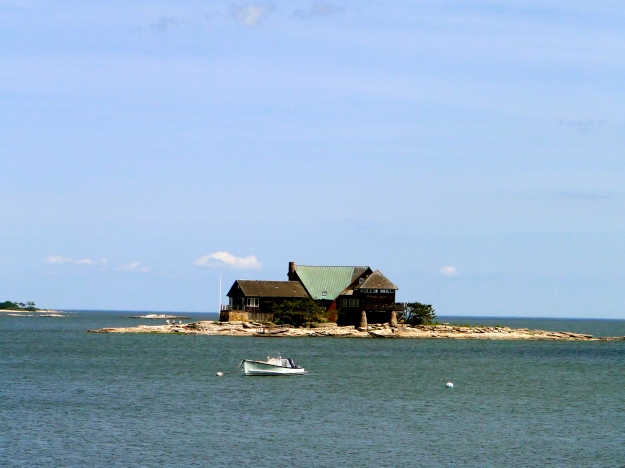 We stumbled upon this place on one of our drives.  Funny as Mike had just seen it on a Discovery Channel show featuring island homes

The next day, we decided to check out the casinos that CT is so well known for. First stop was Foxwoods Resort. This place was absolutely huge. It may have seemed larger than normal because it just pops up out of nowhere. Maybe if it were on the Vegas strip next to the other monstrosities, it would seem normal. We walked through and to be honest it seemed a bit run-down and much of it was under construction. We decided to head over to the other place in town, Mohegan Sun. It too was humungous, but the look was much more modern. There were dozens of restaurants and stores all surrounded by gaming. It felt like Tulalip on super steroids! We had lunch at Bobby Flays burger joint and met a nice little old lady who bought us a round of drinks and told us to “enjoy life.”  Very cute and appropriate!  We played a bit, but the limits were pretty high. Mostly, we just walked around and checked out all of the cool décor. BTW, the Bachelorette recently filmed an episode here..the one where they repel down the side of the hotel and play basketball with the WNBA players. 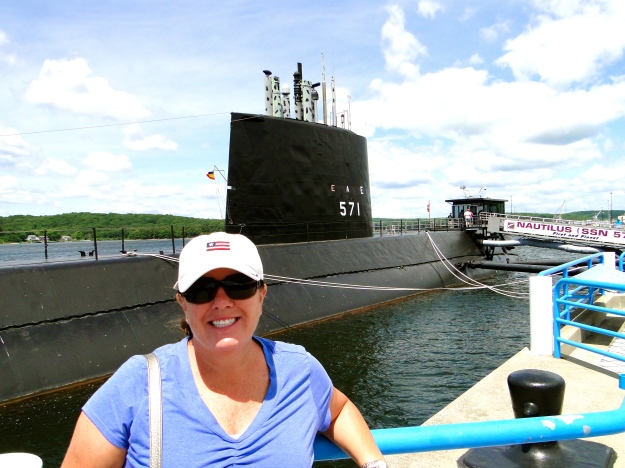 On Wed, we headed east to Groton to tour the USS Nautilus, the first nuclear powered submarine, commissioned in 1954. Very cool to go onboard and see the inner workings of a sub and how tight the quarters were. Mike and I are vertically challenged and we even had to duck! Then, we headed to New Haven, about an hour drive. We parked near Yale University and walked to our lunch spot, Louis Lunch, the believed birthplace of the hamburger. We were told about this place back in Virginia. It’s a hole in the wall joint with just two items on the menu; hamburger or cheeseburger, served with optional tomatoes/onion, medium rare on white bread (no condiments allowed). We both got the works and they were absolutely delicious! The burgers are cooked in original cast iron grills dating back to 1898. A great stop. It was a rather humid day, so we decided to drive around Yale campus instead of walking. A very pretty campus, full of old, historic looking buildings and a lot of smart people! We then drove the scenic route back toward the MoHo park along the coast through Guilford, Madison, Westbrook and Old Storybrook. All very cute, historic little towns with sailing influences (lots of marinas). Lastly we headed up to the quaint town of Essex and the Griswold Inn and sat outside for a beverage. This is the oldest continuously running tavern in the U.S. and another location for the Bachelorette : ) 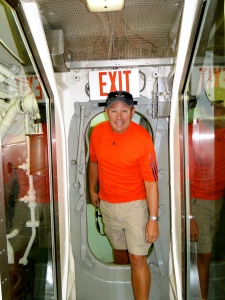 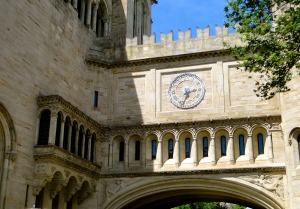 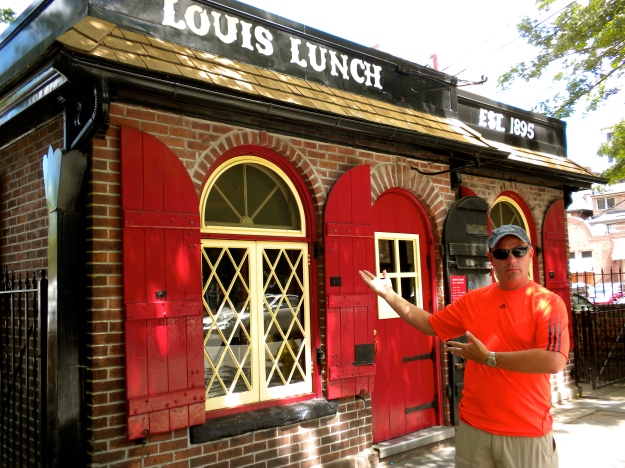 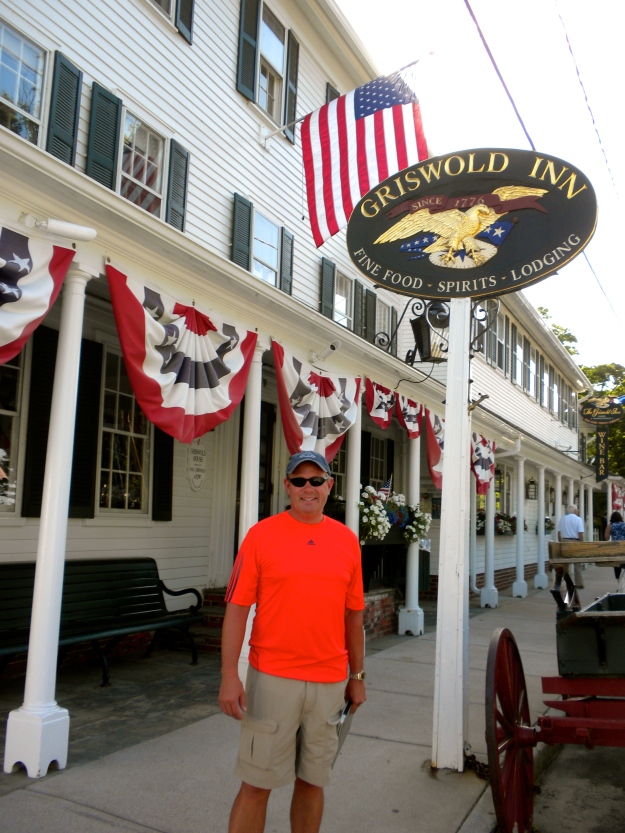 The next day it was rainy, so we opted to have a chill day. I got a massage and pedi just down the road and Mike did some fishing. Our spot at the park backed up to a catch & release lake. I think he caught more turtles than fish, but was a happy camper. On our last day, we drove up to Hartford (actually Cromwell) for the Travelers Championship golf tourney at TPC River Highlands. It was Friday, so not as crowded as the weekend, so we could get up to the ropes no problem and the weather was perfect. We stayed most of the day and followed Ryan Moore, Bubba, John Daly (classic), Dustin Johnson, Charlie Beljan (we camped next to him back in San Jose) and of course Serg! We headed back to the MoHo for a relaxing last evening, more fishing for Mike and a campfire. Our next stop is Newport, RI. 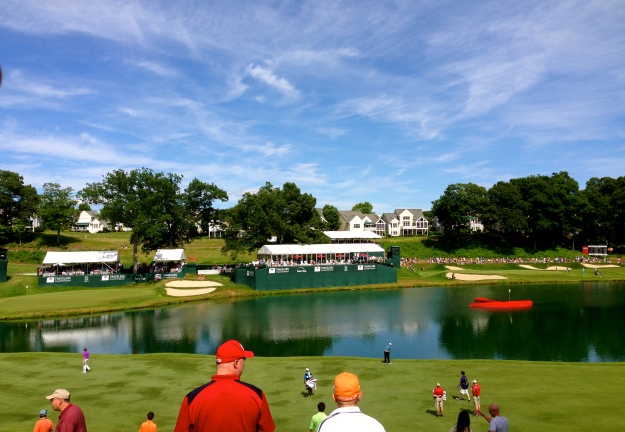 Travelers golf tourney. We weren’t allowed to take photos, but I snuck this one.